THE STICK (pong) is the shorter weapon in the graphic above; THE STAFF (gwaan) is the longer.  Graphic courtesy of Wikipedia.

1. The Yeung Family Fifth Brother Eight Trigram Staff is attributed to the Sung Dynasty regional protector, Yeung Ng Long. The fifth brother in the Yeung family of feudal lords, after suffering defeat, fled to the Siu Lam Temple, where it is said that he cut off the point of his lance, which then became a staff, in conformance with Buddhist vows of pacifism.

2. Lam Sai Wing was skilled in Six-and-a-Half Point Staff, and combined those skills with the Eight Trigrams Staff, thus establishing our form today, with a total of fourteen points of use. As with other lance-based staff techniques, primary usage is single-ended.

3. The Lau Family Staff, based on the staff techniques of Southern Praying Mantis Master Lau Sui, was brought into the curriculum by Lam Cho. The techniques were then adapted to Eight Trigram Staff and Six-and-a-Half Point Staff, thus suitable for Hung Kyun practitioners, and named “Lau Sui Gwaan.”

THE SPEAR (cheung): Common features of the Hung Kyun spear are the leaf shaped blade and red horse-hair tassel lashed just below.

THE LONG HANDLED BROADSWORD OR DRAGON BROADSWORD (do or kwando) is part of traditional hung kyun weaponry. It has a wood shaft three to five feet long, with a 12 to 18 inch long blade  on one end, and, typically, a mace head on the other, which serves as a counterweight to the heavy blade, but can also be used for striking. One side of the blade is notched to catch an opponent’s weapon.

There are lighter weight variants of this useful weapon, sometimes called by other names.

A red sash or tassel may attached to the blade, or at the joining of pole and blade, primarily as a performance enhancement, but also useful to misdirect the eye of an opponent.

THE CHINESE STRAIGHT SWORD (gim). There are both one-handed and two-handed versions of the gim. With its sharp point and a two-edged blade, the gim is designed for stabbing and slashing. Sometimes it is used in Lam Family hung kyun, but the gim is used  most commonly in Wu Shu weaponry. 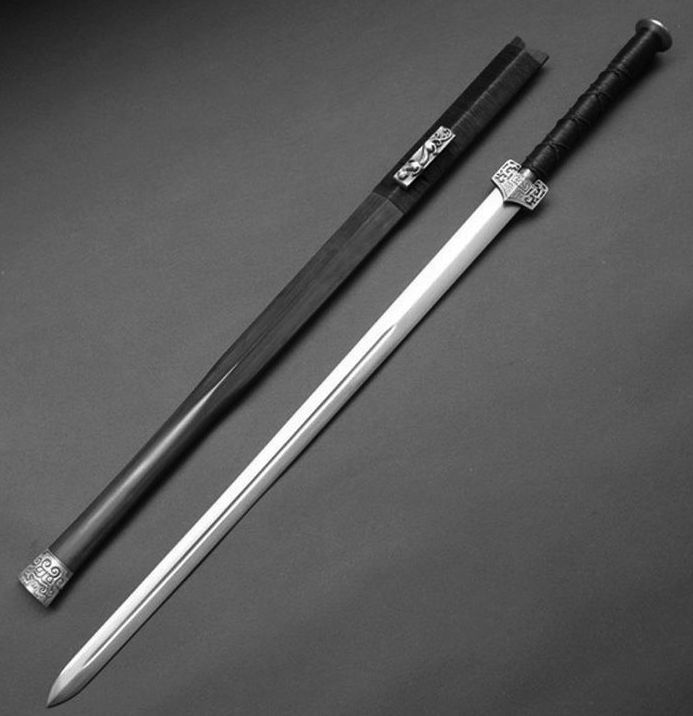 THE CHINESE SABRE (do) has a sightly curved blade with one sharp edge. Usually it is heavier than the straight sword; the weight aids in the sabre’s chopping and cutting function. 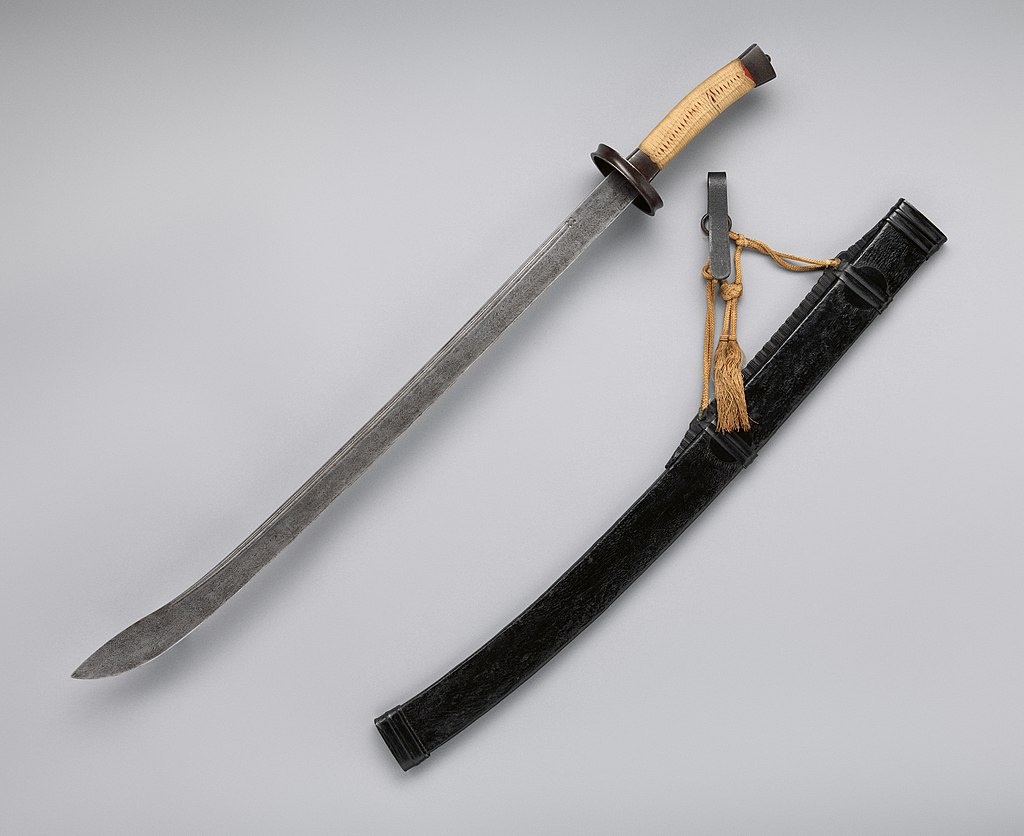 THE CHINESE BROADSWORD (do), frequently used in pairs,  is a sabre with a wider blade. 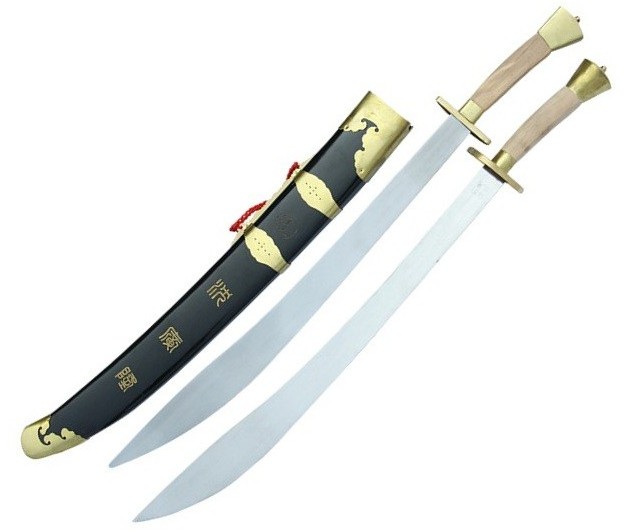 THE BENCH (deng) is one of the traditional long weapons in  Lam Family hung kyun, and is wielded in both hands. 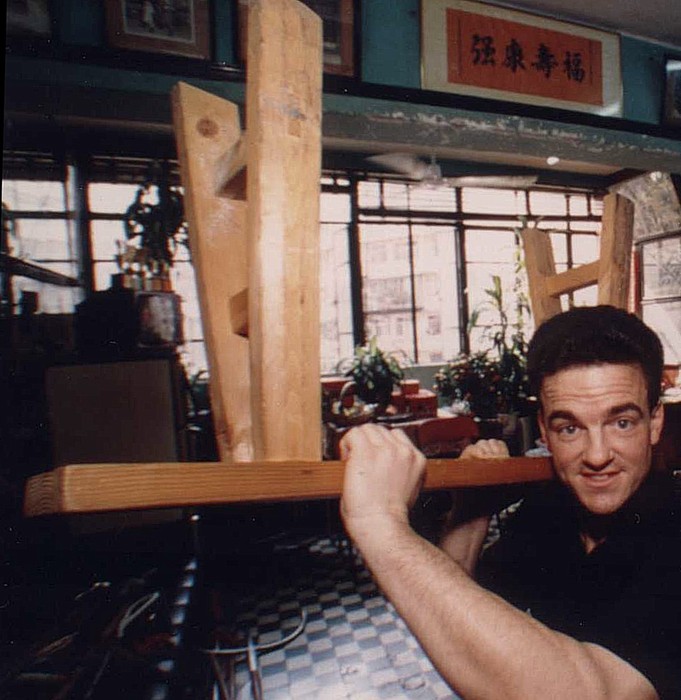 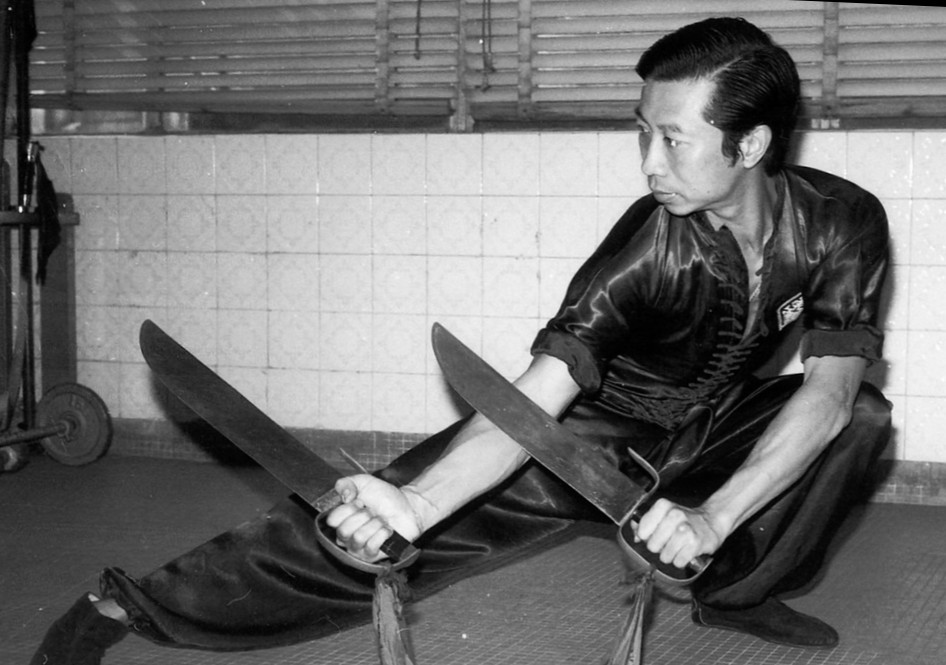 THE BUTTERFLY KNIFE (wu dip do) is also called the butterfly sword, the dagger, and, more simply, the knife. Designed for close work in small spaces, the butterfly knife is emblematic of Southern Chinese martial arts weaponry.

It is a straight bladed, single edged sword, about the length of a human forearm, most often used in pairs. Usually, but not always, the butterfly knife has a distinctive D-guard on the grip, and a hook extending from the crossguard.

THE STEEL WHIP consists of three stainless steel rods, joined end-to-end by rings, forming a flexible chain, with a hand grip at one end.